Julien Boudart has been performing and composing on electronic music instruments since the mid 90’s. He made his first musical experiments on crude diy circuits, a modded radioshack toy organ and a pair of cassette decks. He has been active, as one half of a duet experimental techno live act (Robert & Chiquito), in the parisian free party scene until the beginning of the 00’s. He then focused more on collaborations with acoustic performers, often in context of collective improvisation, with a free jazz or free improvisation background. The Korg MS20, which he has been playing since 1996, has long been his instrument of choice. Modular synths, particularly the Serge, have been taking an increasing role in its music since 2015. Aside his solo works, he is involved in a handful of regular bands, works for theater, radio and multimedia performances. 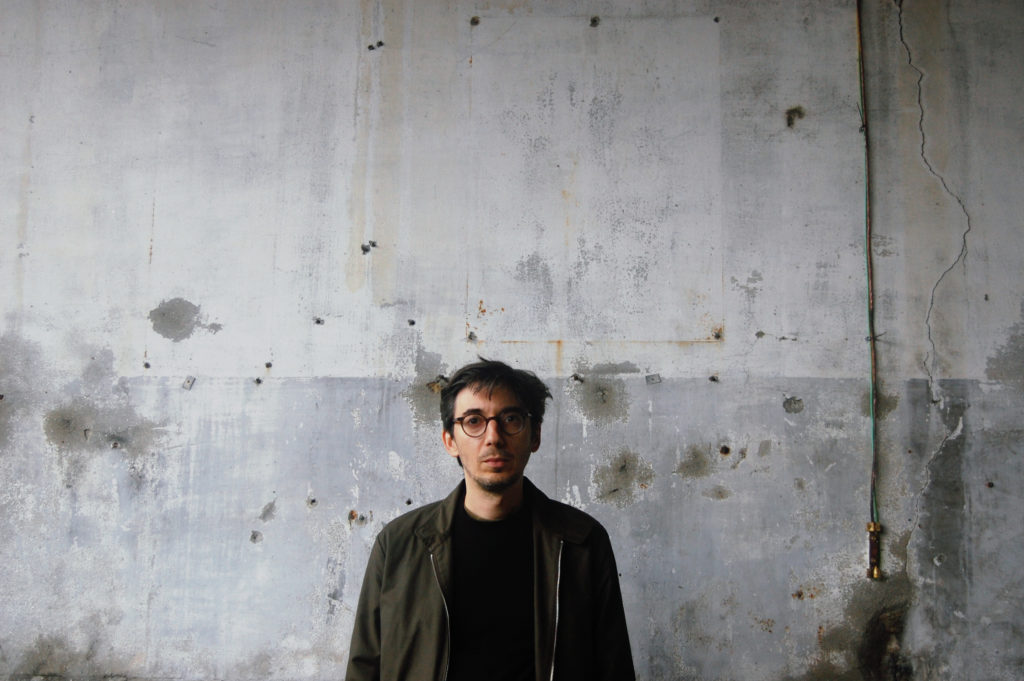 Coming from a background of mathematics and social science, he also pursues a theoretical work since the 90’s. Reflections about the social, political, religious and magical functions of musical performance, and their historical genealogy accompany most of his artistic projects of the last 10 years. He is by now part of Printemps, a musical-and-more performance named after the Arab Spring, created in 2013 and still evolving today ; Frederick Galiay’s Chamæleo Vulgaris, and Seb Brun’s Horns.

His own projects include la Condition pneumatique, an optical and musical stage performance with artist Anaïs Rousset, inspired by the gold “orphic” tablets. The textility of making, with Anaïs Rousset as well, a performance for an electronically extended loom and a modular synth. And his solo work on modular synthesizers. In 2020 he achieves his first solo album, Nome Polycephale, composed on the Serge modular.

Since 2016, he teaches the technical principles of modular synthesis on various training courses and workshops.